Learn at home! Dozens of downloadable materials are available. Click on this banner to view downloadable Materials in the catalogue.

Learn at home! Dozens of downloadable materials are available. Click on this banner to view downloadable Materials in the catalogue. 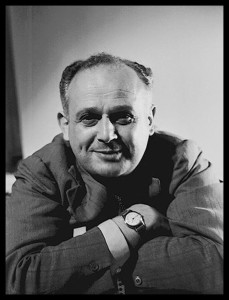 Moshe Feldenkrais (Doctor of Science, Sorbonne) was an engineer, physicist, inventor, martial artist and student of human development. Born in eastern Europe, he emigrated to Palestine as a young man. Later he studied at the Sorbonne and worked in the Joliot Curie laboratory in Paris during the 1930s. His interest in Ju Jitsu brought him into contact with Professor Kano who developed the sport of Judo. Dr. Feldenkrais was a founder of the Ju Jitsu Club of Paris and was one of the first Europeans to earn a black belt in Judo.

Escaping the Nazi advance he went to Britain and worked on anti-submarine research for the Admiralty. It was there in the 1940s that he began to develop his Method and wrote his first book on the subject. A knee injury, and uncertain prospects for surgery, began Feldenkrais on what was to become a life long exploration of the relationship between movement and consciousness. In the 1950s, Dr. Feldenkrais returned to Israel where he lived and worked until he died in 1984 in Tel Aviv.

Dr. Feldenkrais authored a number of seminal books on movement, learning, human consciousness and somatic experience. He taught in Israel and many countries in Europe through the 1960s and 1970s and in North America through the 1970s and 1980s. He trained his first group of teachers in Tel Aviv in the early 1970s. This was followed by two groups in the USA – one group in San Francisco, California and another in Amherst, Massachusetts.

In his life Dr. Feldenkrais worked with all kinds of people with an enormous range of learning needs -from many infants with Cerebral Palsy to leading performers such as the violinist, the late Yehudi Menuhin. He taught over a number of years for the dramatist Peter Brook and his Theatre Bouffes du Nord. He was a collaborator with thinkers such as anthropologist Margaret Mead, neuroscientist Karl Pribram and explorers of the psychophysical Jean Houston and Robert Masters.

The breadth, vitality and precision of Dr. Feldenkrais’ work has seen it applied in diverse fields including neurology, psychology, performing arts, sports and rehabilitation.